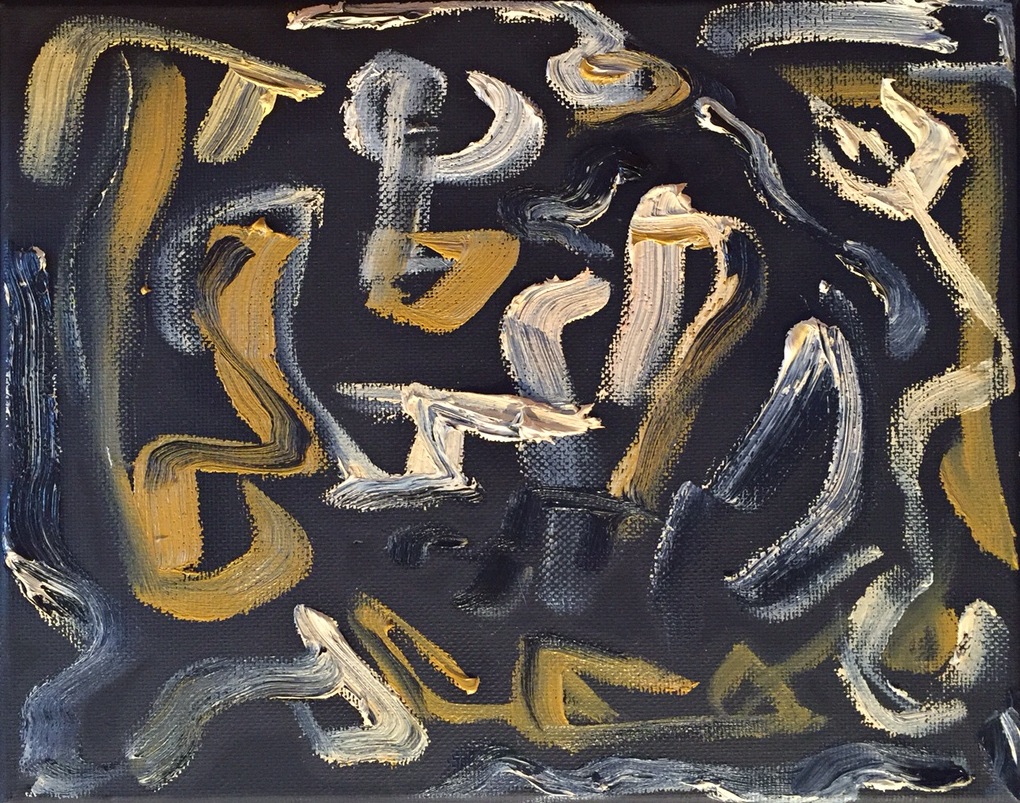 “Wash some more of those sweet Winter words over me, baby. It’s hotter than a coke oven in here.”

The tap had been dry for days. Water had to be hauled in the flat red heat in the round red Coleman cooler from the public drinking fountain where a trickle still flowed from a spring; a hot heavy walk to the abandoned scrub-covered excuse for a trailer park three miles away. None for bathing, only for drinking, and metered out like medicine by the dropperful at that.

The coolest place in the three-room shotgun shack was the chipped porcelain tub, and there crouched Shy, hunched over as Zef let loose a stream of syllables, a river of silver soundwaves flowing cool through thick ionized air. The icy words poured across her fine-boned back, thin shirt revealing sharp shoulder blades and spine feathered with delicate ribs fanning out like absorbed wings.

Zef’s words reached out to blow cool against the back of the arm, the crook of the elbow, the hollow at the nape of the neck. Gooseflesh prickled, elevating moongold hairs as fine as spun glass.

“You missed a spot.” Shy pointed to a spot on her cheek just above her lip and a quarter of an inch to the left. But Zef was silent again.

Shy stepped smoothly out from the basin, moved like a cat, a lynx, slinking soundless on small padded feet.

“Spell me to sleep with a frozen waterfall, baby.”

The only response was his breathing and the space between his breathing. Shy pressed her face against the moist spot between Zef’s shoulders, inhaling him so deeply that for a moment he disappeared.

Morning sun, hotter than high noon, pushed back the gloom around the bed of two mattresses stacked on milk crates, mismatched sheets, one pale blue paisley, one dotted with faded flowers the color of melted Dreamsicles.

Zef stood outlined in the doorway, Shy pulling herself up to sitting in the bed. All the wells were dry. Every bottle of water in every gas station, vending machine, party store and supermarket had been bought, pilfered, and drunk up within days. The townies, the smart ones anyway who had a car or a friend with a car, had spread onto the highway. The rest had hitched it, swimming away through the waves of heat off the asphalt to stay with relatives where the water still ran, overflowing tumblers sloshing with an endless phosphorescent blue ocean, cubes of ice clinking together like seaglass.

Shy swung the fat red Coleman, swishing the liquid back and forth, feeling for the water level. Zef looked at her darkly. The spring that fed the water fountain had run dry.

“You’d call it half empty, but I say it’s half full and you know I’m always right.”

Shy looked out the window at the million colors of the night sky. “We could walk, take to the road tomorrow after dark when it’s clean and cool, get with a trucker, make it to Boise.”

“Spell me something cool and wet, baby.”

Zef appeared through the doorway like a liquid shadow spilling across the floor, hand outstretched, holding the grinning face of a polar bear peeling away at the edges from a white plastic cup. The red Coleman had given its last offering.

Shy breathed in the molecules as they evaporated into air as dry and static as Styrofoam. Her hand moved languidly, sweat sheened, salted. “We’ll share it.”

As the tips of her fingers touched the cup, a comet collided with a star and a dog was hit by a minivan and the millionth shopper walked through the doors of a hardware store in Mount Pleasant. At that precise moment, the hand holding the cup released and the hand receiving trembled and the polar bear began cartwheeling smiling sideways.

Shy closed her eyes so as not to see the desolation.

As the water tumbled from the cup, a whisper barely audible fell from Zef’s lips and reverberated through the cosmos, caressing and awakening the dark energy of the emptiness, echoing out and returning to land softly on Shy’s cheek just above her lip and a quarter of an inch to the left.