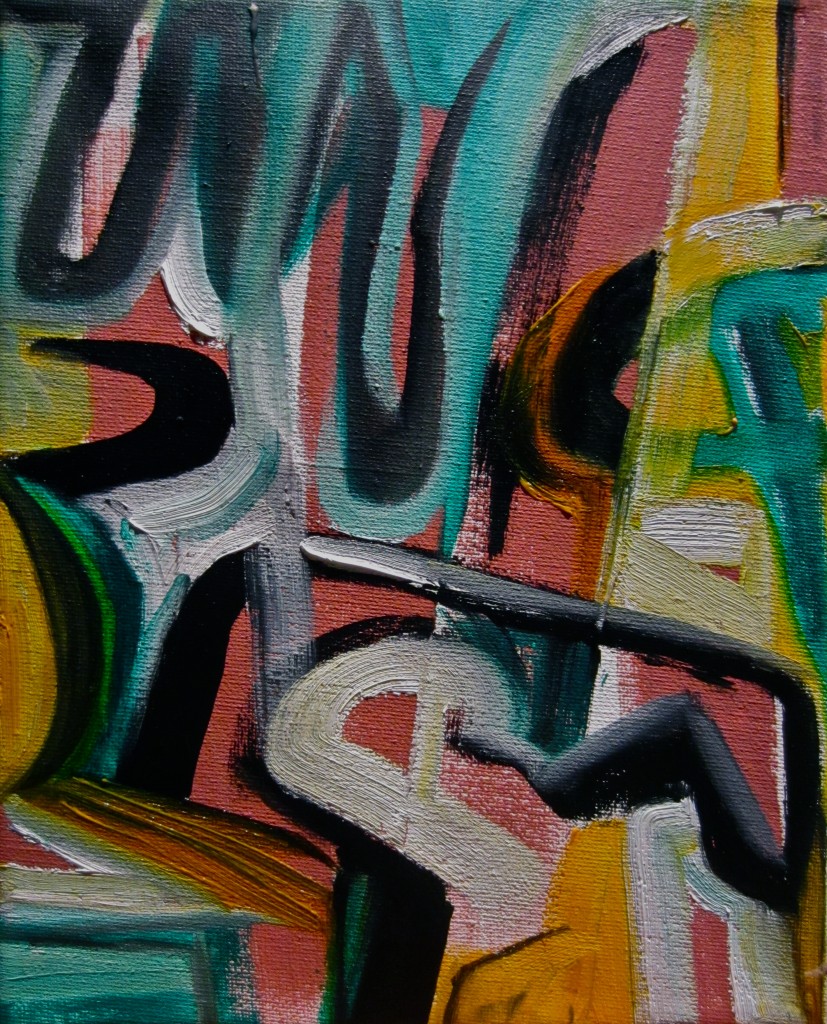 Shy extended her open palm. “Time to pay up…”

The kid, 20-something with the kind of sharp-chiseled face that would keep him in jobs he was unqualified for and relationships he didn’t deserve until the alcohol and self-indulgence took its toll, grudgingly flicked out a $20, creased lengthwise, held straight between the outstretched tips of his first two fingers.

Shy reached to take it as he flicked it backwards out of reach. “Twenty bucks is lot for winning one lousy bet. What else do I get for my money?” He waggled the bill back and forth. She saw a flash of 1am bar close; him waiting for her outside in the back alley, jumping her from behind and dragging her between parked cars.

Long-lashed eyes flashing phosphoresent blue fire in the reflected glow of neon beer signs, she looked him directly in the exact center of both pupils and snatched the bill, hand moving like languid lightning.

Without breaking her gaze, she tilted her head sideways towards the door. “There’s my boyfriend now.”

She turned smiling burnt sugar and stepped lightly toward the tall figure standing just inside the shadow of the dark entryway, throwing her arms around him, her head barely reaching the middle of his chest. The figure stiffened.

As the whisper “Play along” left her lips but before it reached his ear, time turned sideways and ran off the tracks, derailed.

Rising from somewhere so deep within it seemed to originate outside her body, a wave crested and Shy felt herself flowing out like liquid, pouring into the stranger she had randomly chosen as a distraction. The two of them mixing and swirling, swirling and mixing. Violet and green. Green and violet.

Every heart on the planet stopped beating, save two.

The room reappeared and the second hand resumed circling. With an electric jolt Shy was back in her body, knees buckling, the stranger supporting her as he led her to a chair, head filled with steel wool and 9-volt batteries, sparking.

A moment later he returned with a glass of water and sat, stick straight.

Shy shook her head like one might shake a transistor radio that was on the fritz, and took stock of the situation facing her across the table.

His silence settled across her shoulders, translucent batting dampening the cheap chatter that filled the room, insulating them from the chill of cold-eyed small town desperation. A soft warm place carved from a block of dirty ice.

Shy looked down to her left and fixed her gaze on a broken earring, what had once been a peacock feather ground into the sticky floor.

“I left a piece of me inside, you know.”

The words hung between them, shimmering.

And then, as if it all had been the most normal thing in the world, she turned her face towards him brightly. “They call me Shy, because I’m not. It comes in handy when you meet tall dark strangers who don’t say much.”

She pushed back her chair and rose to her feet.

“But that’s okay, baby. There’s plenty of other ways for us to communicate.”

Taking his arm, Shy pulled him up from his seat and towards the door, the pair moving soundlessly into the crystalline night of a new dream.