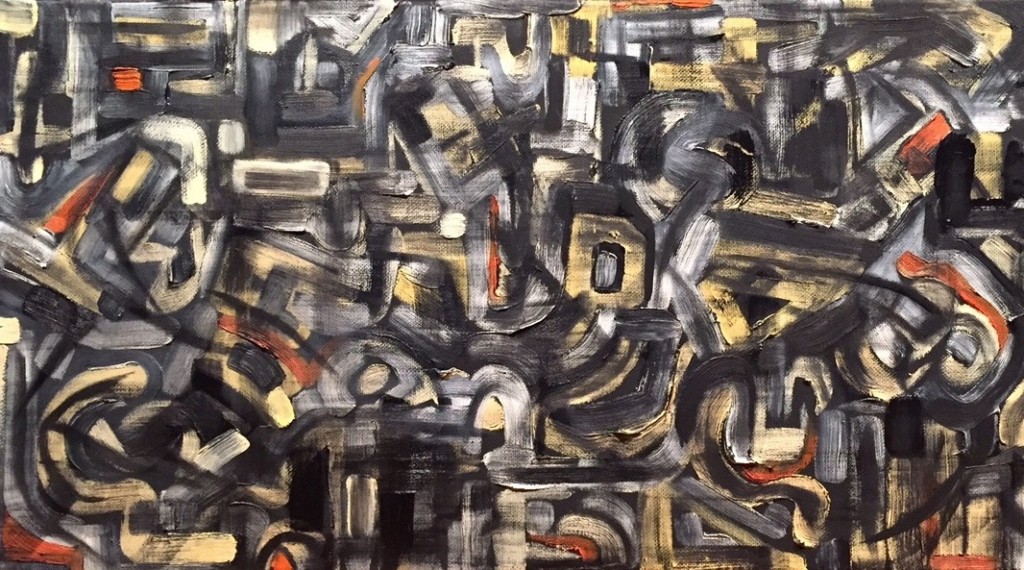 Lately I’ve had the feeling that everybody out there is about a millimeter away from a complete meltdown.

The kind that toddlers have when they’ve had too much cake and present opening at their 3rd birthday party and it’s way past their bedtime.

The kind that comes when a person, of any age, HAS JUST HAD ENOUGH.

For the most part everything seems normal. And for the most part it is, if you accept the current conditions as normal. People get up and go to work at jobs they hate, shop at the mall for things they don’t need, attend parent teacher meetings to find out why their 7th grader still can’t do long division, eat food that is food in name only, gear themselves up to vote for a new team “who’s really going to make a difference this time,” and generally go about their business. I see plenty of smiling faces, or at least neutral ones. Things still appear to work, at least on the surface.

But the tension is there, one accidental cart bump in the grocery aisle away.

The friction caused by the weight of our modern civilization is slowly grinding everyone down to dust and the protective layer that lubricates human function and interaction is wearing whisper thin. The pressure of the omnipresent and increasingly omniscient systems that comprise our modern existence is building to intolerable levels. People are starting to pop.

This is happening not just in the news, but all over on a smaller, more personal basis.
People of all ages are responding to this pressure in the form of depression, anxiety, addiction, rage and other damaging and self-limiting behaviors.

People look to experts for explanations and remedies. Doctors, therapists and psychologists are never at a loss for theories as to why people are cracking under the strain, always at the ready with more new diagnoses and interventions to treat them. The goal being to bring people back to their “normal” productive selves so they can get back to fulfilling their function in society. The official story is repeated and repeated until it becomes an article of faith: “It’s you and your brain chemistry that are the problem, not the intolerable situation you are unable to function within.”

On the surface, these explanations might sound reasonable. But when you strip away all the jargon and PR, the answers – although they may seem to respond to the situation – do not actually address the real question people are asking:

“Am I really fulfilling my own desires and living my own life, or am I merely slotting into a preset role that doesn’t serve me and worse, benefits someone else at my expense?”

And of course the question hidden beneath that, the one that crawls up the back of the throat while lying awake in the dark at 4am:

“Is this really all there is?”

To distract themselves from the blind terror of uncertainty inherent in the question, people cling all the tighter to their reality. Putting more and more effort into trying to live the good life, which is, and always has been, a marketing slogan. Desperately trying to eke out one more dopamine hit of satisfaction from a tattered and shop worn concept…an empty package of ideas and images that we’re told is the sign of a life well lived.

At a certain point, which comes at a different time for everyone, it ultimately begins to feel like going through the motions. A self-defeating proposition that keeps people trapped in a repeating cycle of chasing fulfillment outside of themselves. Making them less and less happy, increasingly passive and discouraged, and more and more accepting of whatever scraps of momentary distraction and pleasure get thrown their way.

Despite the increasing constraint and the lurking sense that the whole thing is some sick practical joke, people just keep doing what they’ve been doing, trying harder to keep going under the weight of the way things are.

The only solutions ever promoted are about finding ways to repair the system, changing it around the edges, working within it to make it slightly less egregious, or adding yet another system on top of the already teetering pile. Wasted effort on top of wasted time on top of wasted energy.

If we continue to look to the system that created the problem for answers, the only answers presented will be those that benefit the system, and therefore we should not be surprised as everything continues to become less tolerable and more insane.

Which brings us to the question that nobody really wants to ask, which is:

What if the real issue is that the entire overarching structure of our society and culture as it’s currently composed is COMPLETELY UNSUITABLE FOR HUMAN BEINGS?

How many people put serious thought into that one?

Sure, everybody complains about the way things are all the time. But if you suggest to the average person that they could just leap off the treadmill into something different, something they create for themselves that gives them pleasure and satisfaction far beyond the Skinner box version of happiness sold by our money and status obsessed culture, they can’t seem to imagine what that could be. They can, however, come up with 80 million reasons why it’s impossible.

It’s so much easier to stay the course, to accept the standard answers. To have faith that there are caring people working on it who have our best interest at heart. It prevents the need to question whether your whole existence is built on a lie.

Stepping back and looking with a clear eye at the entire superstructure as it stands right now, it becomes brutally apparent that at every level of civilization there is a despicable and monumental waste of productive human capacity and resources that makes absolutely no freaking sense whatsoever. That the primary purpose of these systems is to grow, propagate and expand their reach despite the toll taken on people and planet. And that vast swathes of these systems exist solely in order to solve problems created by the systems themselves.

When viewed from this perspective, there is the dawning sense that the whole mess is held together by chewing gum, bent paper clips, and the fact that everybody thinks it’s just the way things are and can’t imagine it being any other way.

Because if they could, things would start to change.

Still, it’s pretty hard to deny that we’re at the point of diminishing returns. Everybody knows it, smells it, probably talks to their friends about it, but when it comes time to do something about it for themselves, they turn on the news or facebook and roll around in outrage to burn off the negative energy and then allow themselves to be sung back to sleep.

After all, somebody smarter and more powerful than we are laid down the rules, right? And it’s our role to play by them. What else can we do?

Here’s a radical suggestion. Redefine your role, shed the mental clutter, divorce yourself from the machine.

Something that goes far beyond the way things are.

Yes, the nonsense will continue. But the farther you step outside the system, the more immune you will become to the pressure.

Because you will finally be living your own life and creating your own game, instead of just playing a game that you didn’t design and can’t possibly win.

And you will find that you can do quite well without it.

Will this solve the world’s problems?

No, not overnight anyway. But the more individuals who choose to extricate themselves from the system by inventing new lives for themselves, the more power will drain away from the system itself. Until the whole deal shrivels up and blows away like other discredited ideas that we wonder how anyone ever believed in.

Creating a better world is a choice made by the individual, and it’s made one individual at a time. That is, and always will be, the only way anything ever changes.