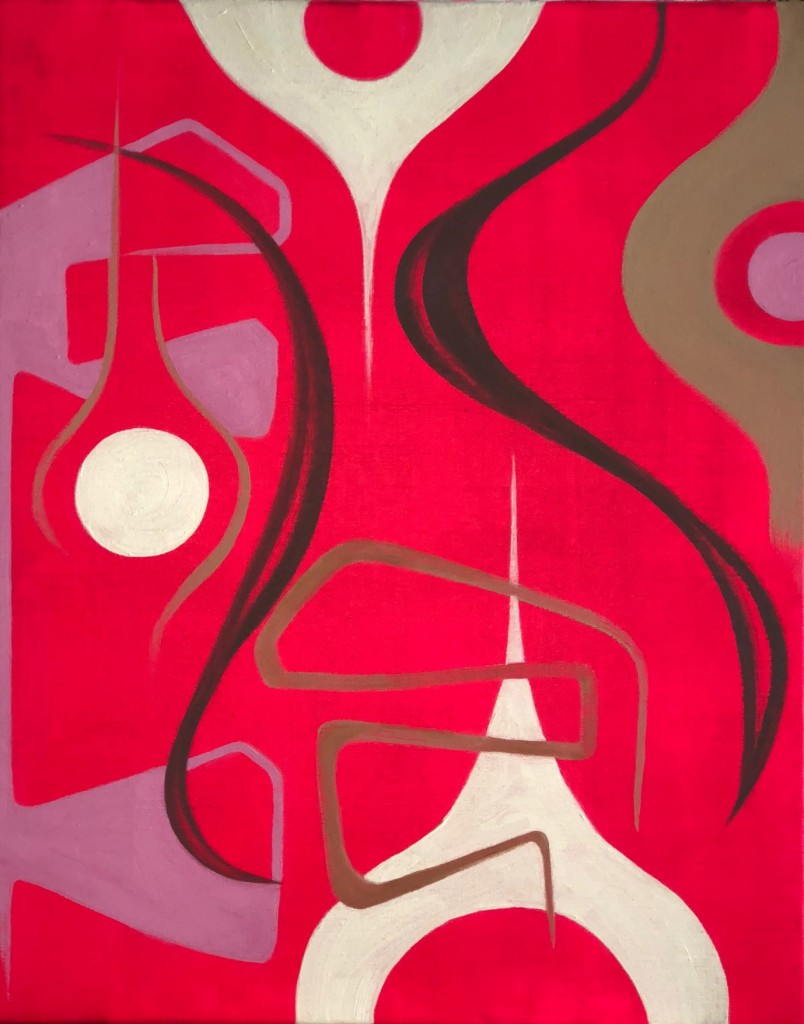 Vivian was a fixer. Not the kind who bribes customs officials to pave the way for smuggled armaments or trashbag-wrapped bricks of heroin. No, her specialty was fixing problems of a far more risky and delicate nature, those of the human interaction variety.

Swooping in to save the day was her God-given gift, and she was bound and determined to share it…gracing a confused and totally hapless (in her opinion) world with her rare ability to see everything including rainbows in crisply delineated black and white.

The queen of strident answers and ready-made solutions, she doled out advice like Bibles to backwards natives with missionary zeal. Her primary goal was to uncover latent dissent and discord lurking beneath the surface. Her preferred method: sifting through other people’s dirt.

“With a willingness to get your hands messy and apply a little elbow grease,” Vivian was fond of saying, “all problems can be brought to heel.”

Perhaps in others this gland was inactive, she sometimes wondered; impacted and useless like wisdom teeth. Regardless, it was a situation she was thankful for, because it gave Vivian boundless opportunities to shine.

So when she noticed that Brooke from Accounting seemed a bit “off” in the office breakroom, Vivian sprang into action like a bloodhound on a manhunt, capable of sniffing out problems in situations where even those involved could not detect their aroma.

She sidled up to Brooke under the guise of reaching for the powdered creamer. “You look a touch gloomy today, anything I can help with?”

Brooke straightened up, cautiously guarded. She was new to the company, only an assistant. “Oh, it’s just a little office squabble. I don’t want to get anybody in trouble.”

“Trust me, you’ll feel better if you talk it through.” She said it gently and with great concern, working to keep her eyes soft to hide the glee of a potential score.

Without waiting for a response Vivian took Brooke by the arm, steering her to the door. “Let’s step out and I’ll buy you a real cup of coffee. That way we can speak in private and you can let it all out.” In addition to her abundance of elbow grease, Vivian took great pride in her very soft shoulders, conveniently padded by nature to provide a warm pillow for others to cry on.

Vivian and Brooke found a quiet spot in the corner of the coffee shop on the mezzanine overlooking the building’s lobby. Over the next 10 minutes, Vivian managed to worm several succulent details from a reluctant Brooke, skillfully encouraging her to spill the beans and name names.

As they got up to head back to work, Brooke had second thoughts. “I really shouldn’t complain, Denise in Marketing seems like a good person.”

Brooke was dazzled. “Wow, Vivian, you’re a genius. How do you know so much?”

Vivian closed her eyes and smiled. “I was born with the second sight, the ability to see directly into people’s true nature and understand intuitively how to help them. People can sense that. They know that I always act from a place of integrity. So they tell me things, and I listen and offer guidance. Of course I would never break anyone’s confidence, I speak strictly from a desire to serve.”

As the elevator approached the 10th floor, Brooke, feeling lighter from the catharsis of unburdening her dilemma, thanked Vivian for being such a good listener, which was music to Vivian’s always alert ears.

Vivian returned to her desk positively glowing. What a dear girl, so innocent and confused. She would take Brooke under her wing, guide her, become her mentor and protector. Her elbows tingled at the prospect.

From that day forward, Vivian and Brooke became daily lunch partners, with Brooke tentatively laying out her negative interactions with assorted co-workers like tarot cards, and Vivian interpreting them, filling Brooke in on all the juicy and sordid details of their personal lives…only to provide insight, of course.

During one such lunch, as Vivian was explaining that the reason the head of accounting could never remember Brooke’s name was because he was preoccupied with hiding his prostate cancer from the board of directors, Brooke suddenly looked up with shining eyes. “Vivian, I have to tell you, you’ve helped me more than anyone I’ve ever known, more than my own family. I can’t thank you enough.”

Vivian was so touched by the outpouring of gratitude that she practically leapt over the table to embrace Brooke in a crushing bearhug. Finally! Someone who grasped the value of her unique helping skills!

The following Friday as they sat enjoying quiche with asparagus and gruyere, Vivian told Brooke that she considered her to be the very best friend she’d ever had, and the only person she could really trust, what with everybody else in the office being two-faced liars, pretending to be professional and honorable when in reality they were all a bunch of closet neurotics, drama queens and deviants.

Brooke blushed, and said in her shy, sweet way, “I’m happy we’ve become friends too, more than you can know.” She reached into her bag and handed Vivian a flat gift-wrapped package with an elegant pink bow.

When Vivian excitedly started to tear the paper, Brooke stopped her. “Please don’t open it yet! I’m going on vacation starting Monday, and I’d like you to wait till then. It’s something for you to remember me by while I’m away.”

Vivian brushed a tear from her eye. She had never felt so appreciated.

Later that day, as she hurried to finish her work before leaving for the weekend, Vivian was shocked to see Brooke walking past her cubicle doorway carrying a banker’s box filled with her personal effects, flanked by two security guards.

Stunned, she felt her stomach sinking like a stone in a bucket of elbow grease.

For the first time in her life she was unsure of what to do. She stepped into the hallway near the water cooler, where Steve from IT (having an affair with one of the interns) and Diane from PR (daytime drunk) were watching the grim procession with Kristin (holier-than-thou killjoy) from Human Resources.

Vivian nestled closer to hear what they were saying as Diane added a blast of hot water to her tea, which Vivian suspected was spiked with Sambuca.

Kristin leaned towards Steve and Diane and dropped her voice to a near whisper.

“You didn’t hear this from me, but it turns out she was blackmailing people in the office, threatening to spread their dirty laundry in front of the higher ups if they didn’t order vitamins and personal care items from some MLM side hustle she was working.“

Steve (recent purchaser of said MLM’s “Super Testosterone Plus”) and Diane (who had their “Hangover Rescue Tonic” on autofill) both looked at the floor uncomfortably.

Kristin continued in a conspiratorial tone, “Of course she never had anything on me, but I was always suspicious of her mousy “Little Miss Nobody” act so I did some digging. Apparently, she has a criminal record for pulling the same scam at some insurance firm in Topeka. She had a totally fake resume complete with phony references. Brooke Johnson isn’t even her real name! She was so good at squeezing everybody that she sold enough product to win a trip to Aruba for the annual sales convention.”

And with that, Vivian’s entire universe went “Poof.”

Not an orderly unraveling, one row at a time like a knitted scarf pulled apart by a curious five-year-old fiddling with a loose end over the course of a boring car ride. That she might have been able to handle. Yarn can be knitted back together.

No, this was the equivalent of an elaborate Prom Night updo that you spent months babysitting to afford, held in place by a single hairpin rapaciously yanked by a sweaty date in a hormone frenzy on the way to the High School…the carefully structured and painstakingly maneuvered coils of hair instantly transforming into a tangled nightmare of teased and lacquered chaos.

Nothing to do but gather yourself up, go home and have a good cry.

Vivian raced back to her cubicle where she fumbled for her handbag, hoping to get to the bus stop before she started sobbing. Her eye lit on the gift Brooke had given her, the pink and green palm-tree pattern mocking her as she tore into it.

It was a catalog of vitamins and personal care products.

Fortunately for Vivian, she hit the floor in a dead faint before she read the note, which featured a neatly handwritten list of detailed reasons why Vivian might find it in her best interest to invest in a lifetime supply of the firm’s “Internal Detox & Parasite Cleanse” Formula.