Pole Vaulting Over The Wall Of Boredom 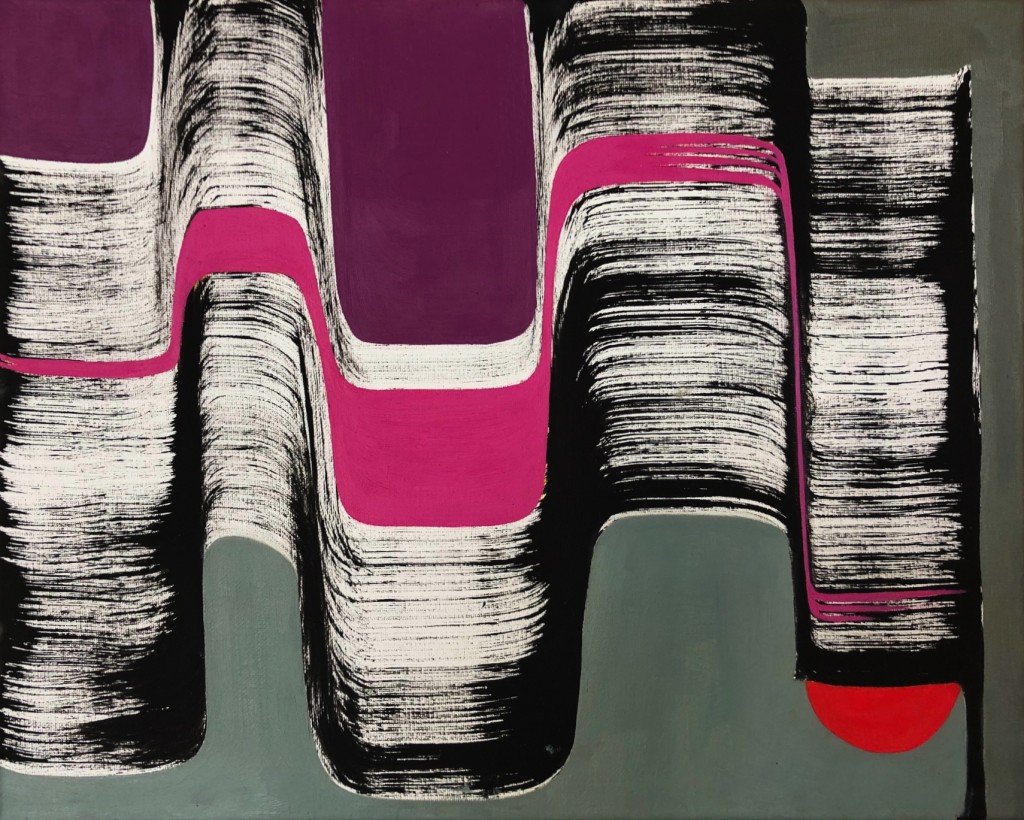 I’ve been thinking a lot lately about why it’s sometimes so difficult to start a new painting.

I’ve heard the blank canvas referred to as “The White Square of Death.” There’s something incredibly oppressive and intimidating about the blankness. It’s almost crushing. Writers feel the same thing when they stare at the blank page.

You’re staring at a white wall.

You’re literally looking at nothing.

It’s a yawning chasm of emptiness, all unformed possibility and potential – which are usually good things – but at the moment seem like the gaping maw of an endless void. There’s nothing to grab onto to keep you from drowning in it.

It’s the most boring show in the universe…a white wall projected onto a white wall with the message “Run Away” written across it in invisible ink.

When you’re on a roll, the momentum of the elation and excitement of your previous effort propels you up and over the white wall of inertia. It makes it easier to jump back in.

But when that momentum fades, that wall might as well be 6 feet thick and 100 miles high. Getting past it feels insurmountable.

I’ve come to see it as a wall of boredom. And it can crop up in at any point in anyone’s life.

It’s that creeping feeling of generalized dissatisfaction and restless agitation…all you want to do is flee from it, yet at the same time, it’s so overwhelming that it sucks you into its vortex. It’s paralyzing.

The sensation of boredom, like all feelings, is information. It is trying to get you to do something different. Something more satisfying. Something that is worthy of your time and participation.

The key is to recognize the difference between overcoming boredom and distracting yourself from boredom.

Busy-ness, when it isn’t really deeply fulfilling, can be a cover. A way to fill time so you don’t have to see the boredom staring back at you.

Because boredom feels like death. And in a way, it is. It means that we are not doing what we truly, deeply, cellularly want to do in our lives, which is a kind of psychic suicide.

What ultimately helped me move past this was recognizing that boredom is not my enemy, it’s my friend.

True, it’s a friend you don’t want to spend much time with, like that agonizingly dull neighbor you feel obligated to entertain. You listen to them drone on and on until you finally decide that you’d rather be doing anything but this.

As a temporary visitor, boredom can show us things we need to see.

Like “I don’t really want to be doing what I’m doing anymore. It’s time for something breathtakingly new.”

This is a signal that you need to shake things up. To ramp up your imagination and use it as a springboard to pole vault right over the wall of boredom into brave new territory.

Ideas and desires and motivations will start flowing up from the bottom of your soul.

And you will suddenly be able to make that brushstroke or type that word or take that leap you’ve always known was inside you but couldn’t quite seem to access.

Where you go from there is anybody’s guess.

But I can promise you it won’t be boring.