No Sleep ‘Til Tulsa 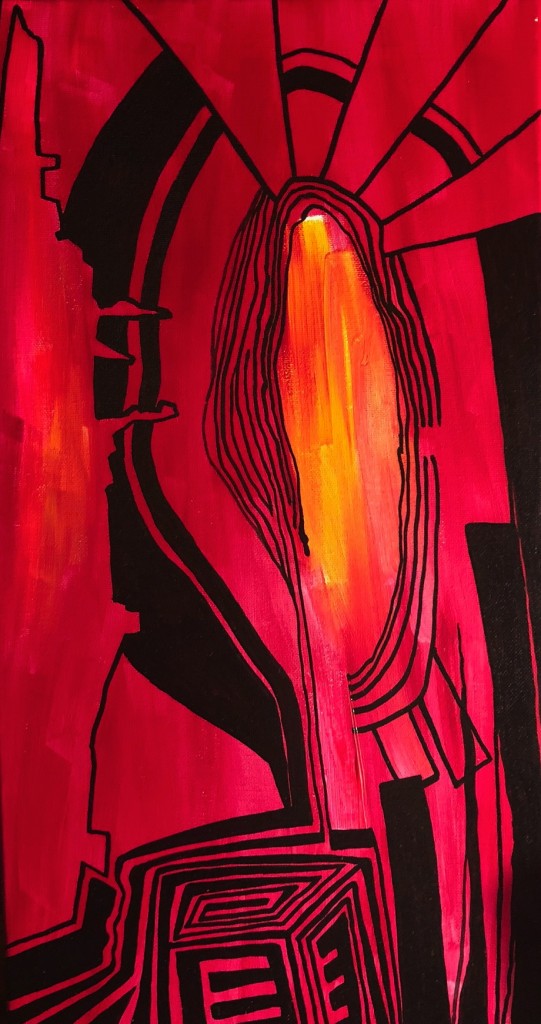 I looked up my symptoms on the internet, and I’m pretty sure I’m dying. But then, when you think about it, all of us are. Every single person on this planet is closer to death now than they were one nanosecond ago. That may seem like a harsh thought, something to be sad about. And it is harsh; reality often is. But it doesn’t have to be sad. Because even though each and every one of us is hurtling towards our own demise, there’s no reason why we can’t continue to become more and more alive as we make the journey. It’s a mindset thing. All it takes is a desire and a commitment to keep on learning and growing and crackling with enthusiasm right up until the very end. Ideally, the most alive you’ve ever felt is the moment right before you croak.

Some people know exactly what they want. They move in a straight line, pursuing their mission like a pit bull. That’s the model of success we’re handed: choose one thing and stick with it. Unfortunately, I don’t seem to work that way. I want to do many, many different things. All at the same time. In fact, there are so many ideas and options and directions that appeal to me that it’s nigh impossible for me to choose any of them. Which means that a lot of the time I appear to be flitting around wasting time and energy instead of “getting serious” and “building a legacy.” Or building anything, for that matter. I recently learned that there are others like me, they even have a name for it: The Scanner Personality. Maybe for some Scanners having a label makes them feel better, more validated. But it doesn’t help me. Why would I want to limit myself to only one label?

1984 Buick Riviera, stored winters, only 112,000 gently driven miles. Two tons of guts and steel and American ingenuity built by sweat, muscle and Detroit blue-collar pride for suburban middle-class middle management. Tasteful with just the right amount of flash, unashamedly chugging down high-octane like a three-martini lunch. Not so much a car as a floating house, a plushly carpeted living room on wheels. Brown velour with cordovan accents, matching sofas front and back, ashtrays on every armrest. All it needs is a Curtis Mathes walnut television console and a couple of throw pillows and it’s ready to move right in.

Alchemy, considered to be the precursor to science, is the ancient practice of transforming one thing into another through a series of precise steps. Mixing an acid with a base to get a salt is a fairly straightforward example…provable, repeatable, and scientifically explainable at a 3rd grade level, as many a vinegar/baking soda volcano has demonstrated. It’s basic cause and effect, which is the cornerstone of science. Alchemy, on the other hand, goes beyond cause and effect to account for magic, which is why it’s looked at as archaic. Modern day science is considered an advancement over alchemy because it analyzes the mystery out of everything and replaces it with facts. A 3rd grader knows the facts of how a vinegar volcano works. A four-year old just sees magic. But who’s to say they’re both not correct? Because at the end of the day, science may be able to describe how a vinegar volcano works, but it can’t explain why watching one erupt all over the table is so freaking delightful.

Her long ponytail flaring out behind her
Obsessed with the idea of escape
Rocketing into the air
Absolutely mesmerizing
Potentially dangerous
Eyes wide, she is trying to get to the surface
The only one in captivity who is still alive, born oblivious
to the artificial world humans have manufactured.