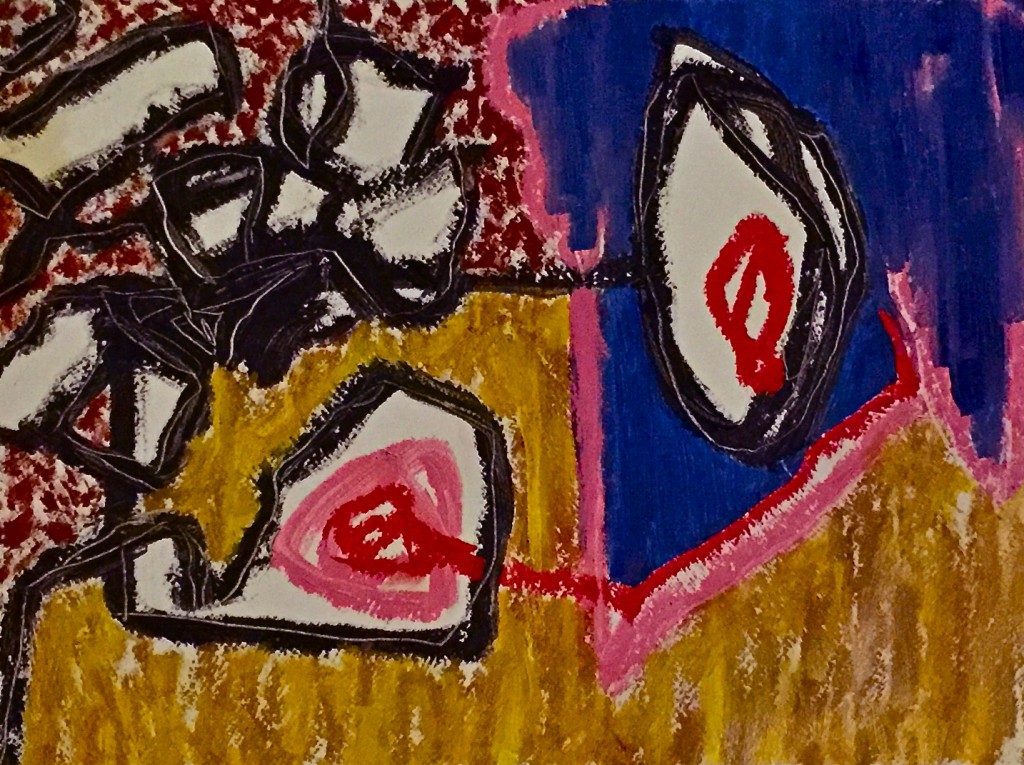 I am holding a carpenter’s measuring tape, trying to measure a snake coming out of a hole at the base of a large clump of willows. It winds its way around the trunk, a slick black coil glittering like motor oil behind a chartreuse veil of swaying branches.

The measuring tape is stiff and sharp-edged, the kind that snaps back into the case at the flick of a red plastic tab. I struggle to shape the strip around the tree, the thin metal twanging and bending at inopportune and uncooperative angles.

As I attempt to see the number that aligns with the tip of the snake’s tongue, the head moves higher and the slippery body makes another revolution around the trunk, turning the pale gray-brown bark an undulating glistening black; a flowing spiral of liquid anthracite.

My arms are wrapped around the large smooth head of the snake. It continues its circular climb unperturbed, carrying me with it, branches lashing my face, sandpaper bark rubbing my forearms raw as we ascend. I cling desperately as it rises, relentless, to reach the willow’s crown.

I am lying prone midway up the tree, one leg dangling and the other pinned in the crotch between branches. The measuring tape is twisted around me, binding me to my perch, razor edges slicing my dress.

The tree begins to shake. Through the haze of tiny vibrating leaves, I can see that the head of the snake has reached the point where the trunk ends and the branches drop toward the ground. Without pausing it rockets skyward until the head disappears into the clouds, its body still winding its way upwards.

From my position I notice that the snake is not one but many; scores of black strands twisted into a thick rope.

Instantly the snake’s body separates into its component parts. Hundreds of small black snakes wriggle out toward the tips of the branches, where they stop and hang down like strange black fruit.

I cry with frustration. How can I possibly measure them all?

It is a balmy August evening, sun still high in the sky. Sitting in the cool grass at the base of a large clump of willows I lean against the trunk, bare legs tucked beneath my skirt, hidden behind a chartreuse veil of swaying branches.

I am reading a book, one that hasn’t been written yet.

An inchworm drops down from a silver strand, landing lightly on my hand. I examine it closely, trying to find its eyes. “Are you really an inch?” I ask, wishing I had a ruler to find out for certain.

The worm turns two tiny black dots toward me quizzically, and replies, “Here you sit like an empress in this world full of endless possibility and wonder, and this is what you’re concerned with?”

The worm searches my face for an answer.

I very carefully set it free on a tall blade of grass, watching it inch away.

I turn back to my book and begin a new page.