If a painting falls in the forest and no one is around to see it, does it still make a sound? 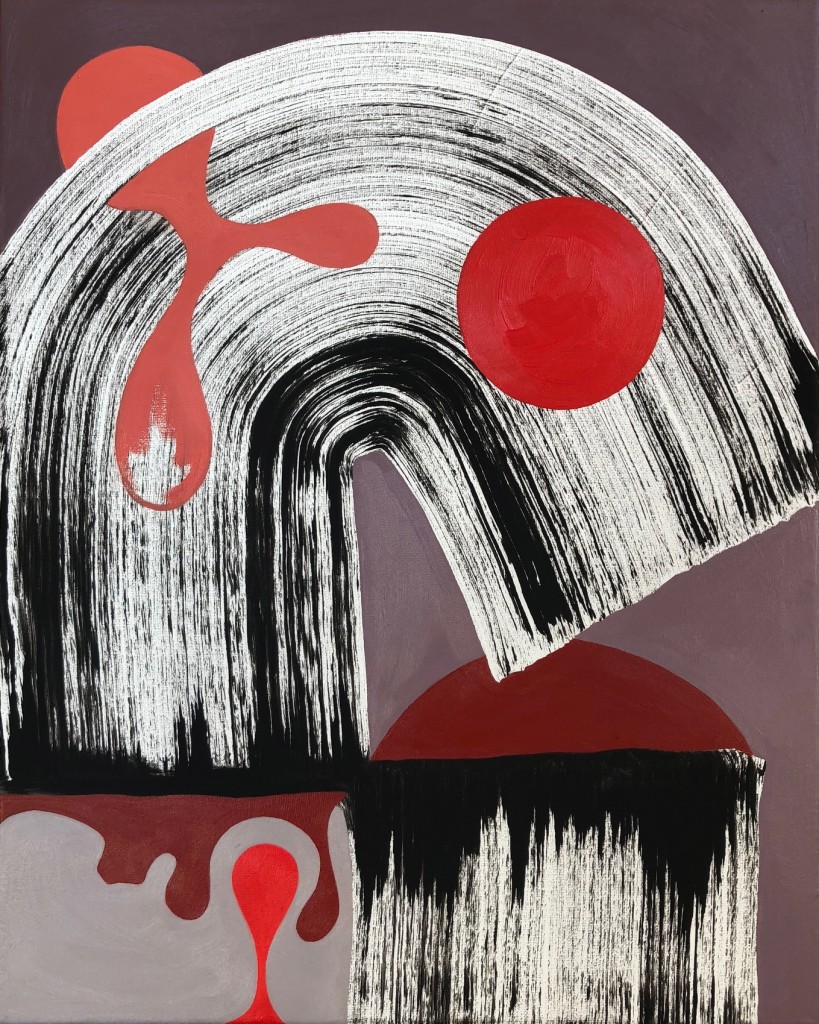 By definition, the primary purpose of art is to inject beauty and new points of view into our everyday lives; to bring imagination into physical form for others to enjoy and take inspiration from.

But what if you create art that doesn’t get acknowledged or even seen? Can you really call yourself an artist? Or are you merely indulging in a hobby, even if it’s your primary focus or driving force in life?

Is it acceptable to want to paint or make art for your own sake, and your own sake alone? For your own amusement, gratification and delight without necessarily feeling the need to share it?

Is sharing one’s artistic creations a duty? Is it selfish to keep your work to yourself? And if you do put your work out there, is it a sign of “failure” if it isn’t recognized by others through sales and accolades and Instagram likes?

I read a news story about Arthur Pinajian, a Long Island, NY artist who created over 70,000 paintings and sketches, mostly abstract, over 50 years. He never showed them to anyone. He lived very modestly in a small cottage with his sister, and died a complete unknown.

Someone bought his house at auction after his death, site unseen, and discovered piles upon piles of his artwork unceremoniously crammed and stacked in every crevice of the house, garage and out buildings. An appraiser said the collection was worth over $30 million. One of his pieces sold for $100,000.

The mystery around this story intrigues me greatly.

It brings us back to the question at the beginning of this post:

Arthur Pinajian might just be one of the most prolific painters in history. His work was quite exceptional, at least according to the posthumous appraisals.

He was seemingly sitting atop a pile of gold, yet he died in obscurity.

His works were mostly signed, which implies that he was proud enough to put his name on them. Yet it’s said that he left instructions that his work should be “discarded in the town dump” after his death.

Did he try to get his work noticed without results, and grow discouraged? Was he hoping that if he just kept painting, he would eventually be discovered?

There is no record of his work ever appearing in a gallery.

So how did he continue stepping up to his easel, painting canvas after canvas, never having them seen by anyone other than himself and presumably his sister?

The clichéd story of an artist desperate for exposure and recognition but never finding it only to die tortured, broke and alone is a central theme in the mythology of art.

I don’t get the sense that Arthur Pinajian was in this camp.

We can only speculate as to his reasons, but I’d like to imagine that he just loved doing it. That there was something within him that wanted to be expressed, and once it was, he didn’t feel the need to garner praise or recognition. He simply moved on to expressing whatever needed to be expressed next.

Perhaps he felt that his own gratification and delight in his work was enough.

Maybe it just amused him to see what he created.

Maybe he was just painting to paint.

And maybe that was enough for him to want to keep going.

We live in a world that focuses on “success,” which is popularly defined in terms of acquiring fame, money and preferably both.

There’s absolutely nothing wrong with shooting for that.

But we also live in a world of trends, opinions, comparison and consensus, which tends to keep the possibility of achieving wealth and notoriety out of reach for many artists.

I’m glad Arthur Pinajian finally achieved the recognition he deserved for his monumental commitment to bringing beauty and new points of view into the world. And I’m sad he wasn’t around to collect the perks.

But the fact that he soldiered on and continued painting and exploring and creating in the absence of these prizes has earned my unbounded respect.

And that respect flows out to all the creators out there…painting and sculpting and dancing and weaving and writing and making art in all its infinite varieties.

Whether it’s seen or unseen, celebrated or not, every creation you bring into being is valuable.

So keep it up. And if you aren’t already making your own brand of art, now is the time to start.

Because it does make a difference.

Sung or unsung, it’s an enterprise of heroic proportions.

It brings something new into the world that never existed before.

And the vibrations of energy and joy this produces have the power to change the very fabric of reality, starting with your own.