Down With The Struggle 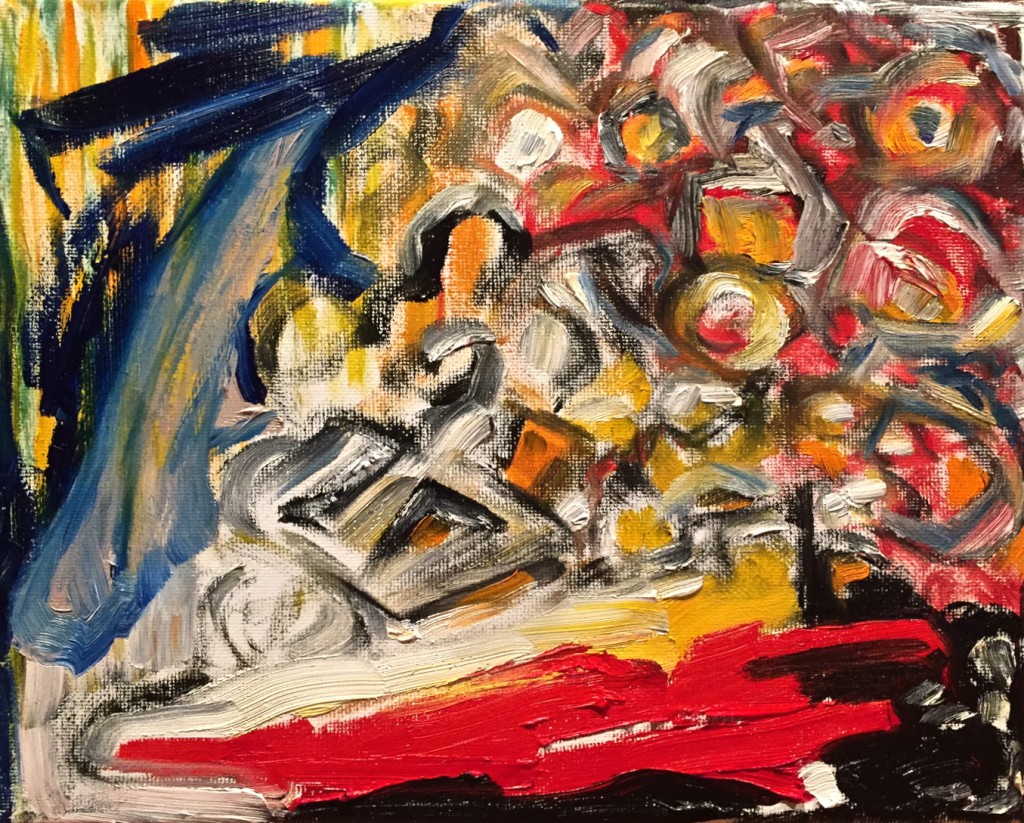 Sometimes when I talk to people, all I see is the struggle. The basic human struggle to be heard and seen for who we truly are. To be accepted on a genuine level. To be allowed to express what we want to express and create what we want to create and be who we want to be without judgment.

It may not seem like it, and it certainly isn’t always done in the most positive or effective ways, but everyone out there is trying so hard…struggling to demonstrate their right to exist as a unique and individual human being.

For the most part, their plea falls on deaf ears. Our entire society is set up to prevent it.

This world does not want you as you actually are.

Instead of supporting and accepting the inner you, the you that is self-generated, everything in this life seems aimed at reducing and diminishing it.

The choice is made brutally clear: get with the program and accept the purported “benefits,” or choose to ignore it and life will be exceedingly difficult for you.

It is mostly an unconscious decision, one that is made early on.

Most of us, at some level, have been conditioned by fear to deny parts
or all of our true selves. The fear of disapproval, of criticism, of rejection.
The fear of not being loved.

When our true selves are not acknowledged, we question whether we are worthy of love at all. The typical response is to try and modify ourselves to relieve the pain of rejection.

Many, many people stop trying to express their uniqueness and instead shove down the parts that don’t fit. Subconsciously aligning their behavior and beliefs with whatever template of acceptability our culture is currently promoting.

It’s a big template, with many packages to choose from, creating the appearance of many different types of people and avenues of expression. But it is the illusion of diversity. When you examine the programming closely, it turns out that most of the accepted templates are there to serve someone other than ourselves. The uniqueness of the individual is sacrificed in favor of a more easily controlled and manipulated version.

Everyone is susceptible. The process is insidious and pervasive; it slips into our consciousness in so many ways that even the most stridently original among us have parts of themselves they have denied or toned down. All of us can think of times when we were not true to ourselves.

The process begins at birth, but really kicks into gear when we go to school, which is often little more than an elaborate behavioral modification system designed to pound kids into shape, grinding away individualism to “socialize” them to fit into approved roles, grooming them to be cogs in the machine. The process is designed to co-opt and adapt their aspirations and desires to align with the overarching design of civilization.

The overriding message is not about finding out who you are and what you’re really capable of, it’s about finding your place in the system. How best to plug in to what exists.

Children are smart. They learn quickly. Visit a class of 4th graders and you will see how much they’ve already learned about fitting in and shaping yourself to be “acceptable.” They all can tell you exactly what is expected of them and what constitutes success. They can give you a detailed pecking order of who is and who isn’t fitting in. Those who are unwilling or unable to get with the program are already being shoved to the margins.

Look around at any group of adults, and you will see where this learning ends up.

Once out in the world, our culture is set up to sever any remaining ties to the self, reinforcing from every angle that acceptance and recognition are not found within, but are to be gained externally; that “worth” is measured through the only things deemed of value — one’s job or appearance or status or possessions.

Yet the true self doesn’t go away. When thwarted, it merely changes tactics and comes up in the form of dissatisfaction, boredom, and a nagging sense that this can’t be all there is.

All upside down versions of trying so hard to create an image of a self that “deserves” to be recognized.

Another strategy, one that is heavily pushed by the culture and power structure, is the attempt to increase one’s value and voice by aligning with a group, be it cultural, gender based, ethnic or centered around belief. This is another way to convince people that being themselves is a losing proposition. The subconscious thinking is, “I am too small and weak to be recognized on my own, so I must band together with others to become stronger.” As one adopts and internalizes the group identity at the expense of their own, the self recedes even farther into the background.

This is the corrosive effect of conformity. Hollowing people out until they are superficial shadows of their own unique creative spirit and desires.

That pure clear inner voice becomes a scream of misdirected trying, producing the endless conflict and tumult that constitutes so much of human interaction.

After enough time spent papering over the self in order to be recognized in these artificial ways, a person can forget who they are entirely. All of the programmed thinking petrifies into a sticky brown sludge which coagulates into a false picture of “It’s just how I am.”

People come to see themselves as nothing more that the sum total of praise or disapproval that others have reflected back at them over the course of a lifetime. They forget about the free, unlimited individual they are inside. They start to believe that they are nothing more than the layers of fitting it.

They lose track of what it is they so desperately want to have people see, which is the true self that cries out to be released.

Eventually people tend to double down on the package of traits they have shaped around themselves until this shell is all that is accessible to them. They present themselves as a predictable package of automatic responses and reactions. They become caricatures of themselves.

They may not like who they’ve become, but they don’t know how to be anything different.

So they cling to it, because it’s all they think they have to work with. They continue to try harder and harder to be acknowledged, but their efforts are pointed in the wrong direction.

The ultimate result is a situation where the person settles for the loss of energy and passion and tries to wash away the pain of denial of self with distraction, materialism, entertainment, substance abuse and other misguided strategies.

When that fails to do the trick, they can sink into a state of illness, generalized anxiety, depression and loss of interest in life.

The key to overcoming this situation is to look at these feelings as information instead of conditions to be “treated.” These feelings are actually giant flashing billboards reminding us that this isn’t the way things have to be; that if we acknowledge them and accept this message for what it really is, things can begin to change.

But how can things change when a person is already trying as hard as they can and nothing’s getting better?

The answer is simple, though not necessarily easy.

Let go of the struggle to be recognized in ways that are not satisfying to you. Stop trying so hard to be something that’s just an abbreviated version of who you really are.

Look inside and see what’s really in there.

Take the energy wasted on all that self-doubt and pain and sadness and disillusionment and disappointment and anger and resentment and gather it up and use it to figure out what would genuinely make you happy, what you would truly want to achieve or create or express if there were no one watching. The most positive and fulfilling thing you can think of…the thing you would want to do with your life if there were no ramifications or judgment from the world around you.

Once you have it, let it roll around in your mind until you get excited about it. And then roll that excitement into a ball and blow on it until it glows, and proceed to stoke it until it begins to burn like a hot red ember.

Now you have something to work with that matters.

Now you have something worth trying.