A Sketch Of The Blueprint For The Plan Of The Design 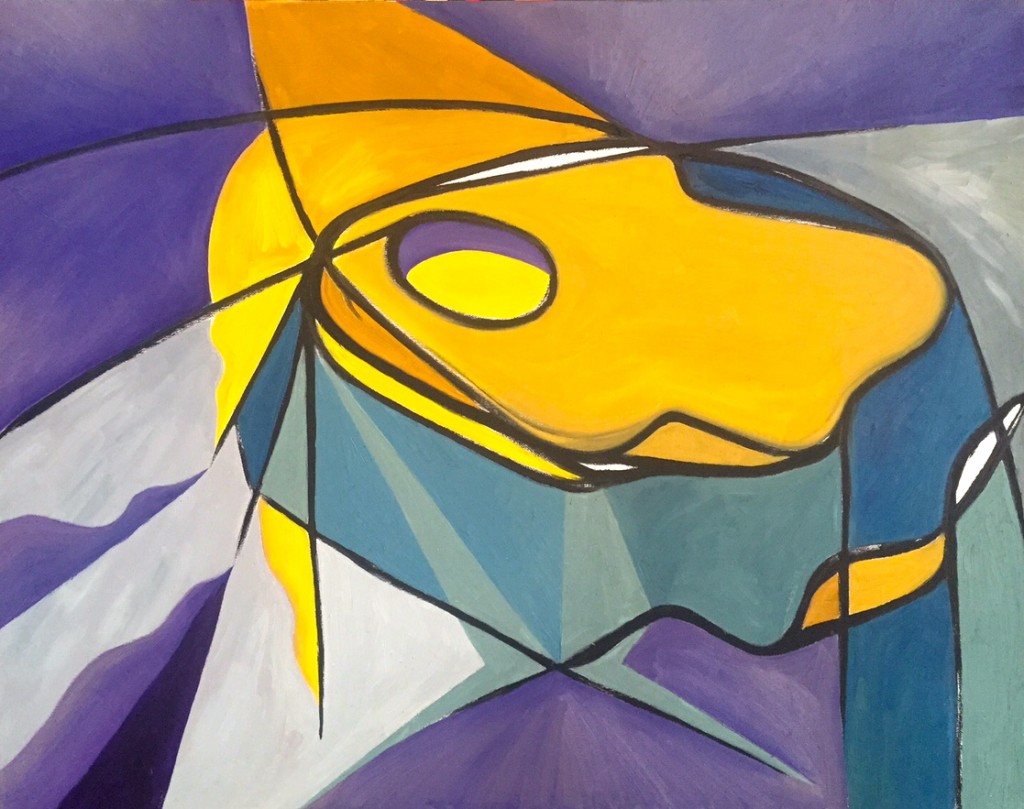 The machine had been generating output since the beginning of time.
It had been built as an experiment to see if use could be made of the useless; if the pointless could be discovered to have a point.

Ironically, testing this theory required that the machine itself also be useless and pointless. Its inner workings were a seemingly random array of moving parts that did not appear to logically connect, operating according to a mysterious and counterintuitive method. It was kept in motion by an unseen and unceasing energy source, but the energy did not travel neatly through wires and circuits. Instead it roved aimlessly about the guts of the machine, sparking and shorting and swirling in endless eddies and apparent dead ends.

A conveyer fed rubbish into a hopper; dull white chunks of compressed industrial waste along with a slurry of fine black powder, the soot from the filtration systems of factories and the environmental scrubbers of smokestacks. The machine mixed and heated the detritus to 36,000 degrees Kelvin, six times hot as the sun, until the rejected refuse was torn apart at the atomic level and fused into a new alloy.

Day after day, around the clock, it extruded material through a narrow tube.

A thick gray sludge the exact shade of a thunderhead drooped and spurted from the nozzle, smooth and glossy as it flowed, piling irregularly in looping layers to create an asymmetrical shapeless form. Occasionally the nozzle would shift position slightly, causing the resultant blob to develop amorphic and oddly shaped flanges.

Sometimes the layers melted into each other; other times the stream cooled slightly as it landed, leaving defined ridges and grooves; whorls and swirls akin to fingerprints punctuated by bulging thumblike appendages.

After an unpredictable and indeterminate interval, the output temporarily ceased with dribbling bits of gray drooling from the tip, and the finished product moved down the line to make room for the next.

Originally, the inventor of the machine had arranged for a panel of experts to judge the completed output to ascertain whether it had utility. Object after object was declared unworthy of interest and without value and eventually everyone stopped paying attention, including the inventor, who had by that time had gone on to invent other machines.

The molten gray stream continued to pour from the spout, producing an endless procession of purposeless gray forms, identical in color but each differing wildly from the next in shape and size, some as tiny as a single teardrop, others approaching the scale of small planets.

The finished products filled warehouse after warehouse, eventually overflowing and flooding out across the countryside, marring the landscape. The original panel of experts convened another panel of experts and tasked them with demolishing the objects, which to their distress proved surprisingly invulnerable to destruction. Finally a decision was made to jettison the whole mess into space, so no one need look at it any longer lest they be confused or disturbed by the shameful lack of serviceability.

Undeterred, the machine pressed on, creating what it was built to create until all of the waste material it had been fed was used up. The hopper was empty.

The machine sputtered and came to a complete and painfully screeching halt.

At which point it realized it wasn’t really a machine at all and had only been pretending to be one. It immediately began creating anew without need for input, this time in rapturous color.

Meanwhile, on another world in another universe, an entity stood pondering the significance of a small gray asymmetrical blob layered with whorls and swirls and oddly shaped flanges and thumblike appendages that had fallen out of the sky. They smiled and added it to their collection.

But they didn’t worry about that. After all, what would be the point?