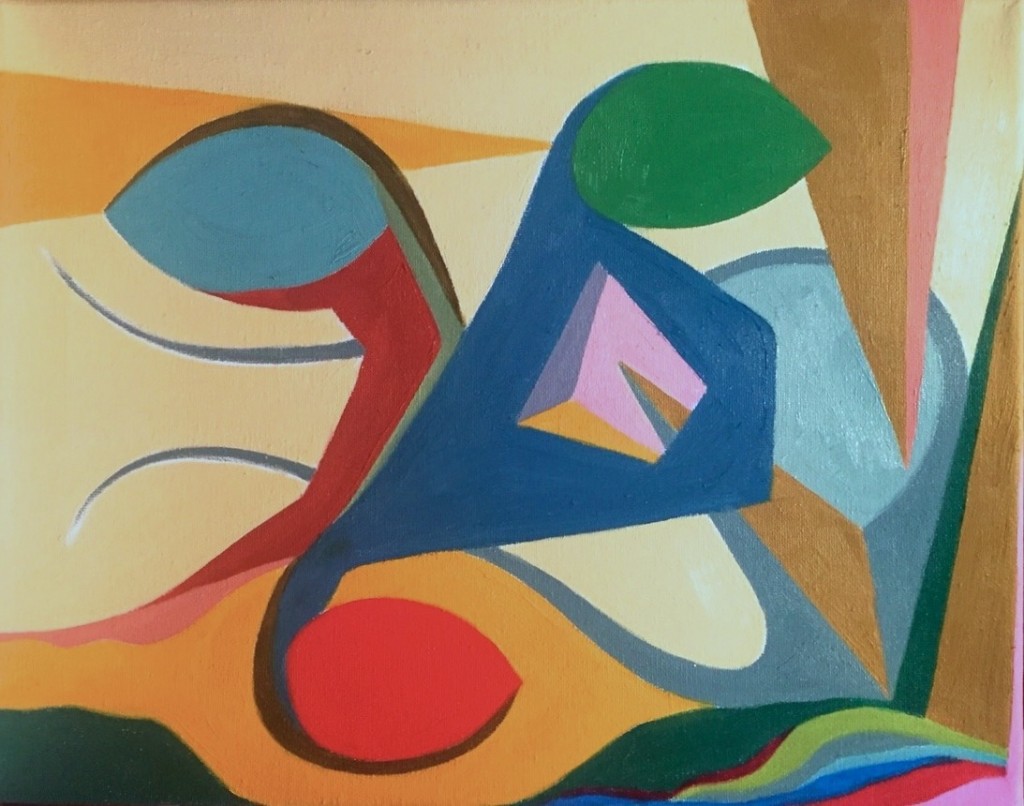 Uncle Virgil was setting a live trap at the edge of the garden.

I watched him hold down the little lever, slide the tip into a tiny ring, and cover it with pieces of shaved carrot.

“Why are you trapping rabbits?”

“Rabbits are like fortune cookies, if you shave their fur, you’ll find a message for you written on their skin.”

He said not every rabbit has a message so you need to catch a lot of them to find one that does. He said shaved rabbits look like moles, most times when you see a mole it’s really a shaved rabbit.

Uncle Virgil lost part of his thumb in Viet Nam, mama said he was never quite right after he came back. I assumed it was because he came back with only half a thumb.

I asked him about it once. He said it got caught while he was feeding ammo into a minigun, took it clean off at the knuckle. Said the first joint of his thumb went straight through the barrel like a bullet and shot out the eye of some Viet Cong soldier, took him down instantly. Said he got a purple heart for it, for being wounded in the line of duty, said he was proud to lose his thumb if it meant winning the war.

I asked him why didn’t a new nail grow out of the stub. He said he was glad it didn’t, he liked it smooth. Held it up and waggled it at me.

“See, it looks just like a cork, the perfect size plugging up the mouths of little girls who ask too many nosy questions.”

He said hang on a minute and went up to the North bedroom where he slept in those days and came down the stairs with a slim black pebbled box, the kind fancy watches come in only it opened the skinny way. He snapped it open and there on a patch of satin was a real medal hanging off a piece of purple ribbon. He pointed to some dark brown spots on the satin, said look, it’s VC blood.

I asked if I could touch it.

He said yeah, and I poked one of the specks. I told him it looks like tobacco juice to me, since he always had a nasty mouthful of chaw and never much cared where he spit.

He snapped the box shut on my finger.

When mama asked how it happened as she dabbed the cut with mercurochrome, Uncle Virg told her it was an accident. I pictured the smooth nub of his thumb in my mouth and kept quiet.

Uncle Virg was the kind of uncle who thought it was funny to blow cigar smoke in your face when you were sitting on his lap, the kind who chased you around on your birthday to give you a spank for each year plus a pinch to grow an inch. On my 8th birthday I tripped on the corner of the rug and he caught me. Threw me over his knee right there on the living room sofa in front of everybody and smacked me eight times hard. All the cousins laughed, glad it wasn’t them. Virgil pinched my backside and pushed me off his knees. I got up red faced with humiliation and rage and spit directly in his face.

My birthday ended with being “talked to” about being a poor sport and told I would not be having cake. Fifteen minutes later Virg came up to me where I sulked on the porch and slipped me a slice of devil’s food topped with a sugar rose. Said he wasn’t mad, he would’ve done the same thing. From that moment on, we had an understanding, me and Uncle Virg.

Later I asked my dad about the messages on the rabbits. I told him what Uncle Virg had said, asked him if it was true. Dad said he’d never seen a fortune written on a rabbit, but then he’d never seen a shaved one either, so he couldn’t say for certain either way. I told him Virg said it’s not on every rabbit, just some. That’s why he needed to catch so many. Dad said well, your Uncle Virgil has some strange ideas, and besides, who wants to spend their life chasing after rabbits?

I refused to go to Uncle Virgil’s funeral. He had committed suicide with a twelve gauge in the shed behind the garage. My mother was angry with me, said it was a sign of disrespect. I said you’re right. I did not respect him. He gave up and let everybody down.

My father stepped in before things got too hectic, told mama he figured eleven was old enough to make my own decision on the matter. Said he understood and so did Virgil.

The day after the funeral I was walking along the path that led down to the pond, when three rabbits hopped out from the brush and sat stock still, just a few steps in front of me. A mother and two kits. I thought of Uncle Virgil, and on a whim asked the rabbits what message they held for me, asked it right out loud. Said if they told me I wouldn’t have to catch them and shave them. I looked the mother full in the eye. Unblinking she stared back.

At that moment a message appeared in my mind, as clear as if it was written at the top of a newspaper in bold black type: