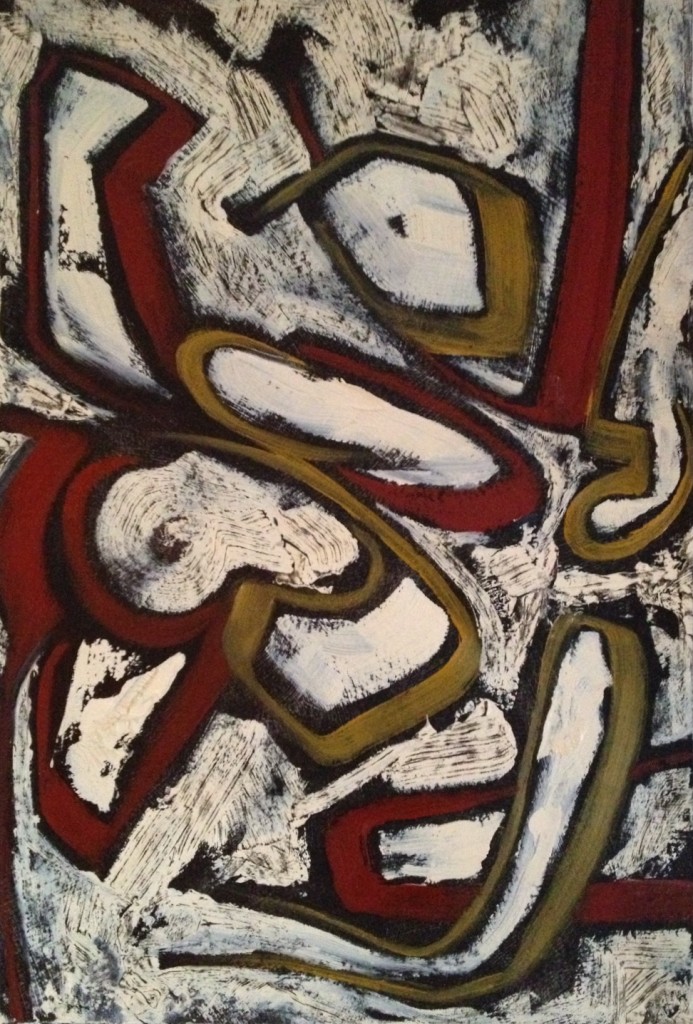 Today is a good day. I hope it is for you as well.

Yesterday, however, was a 24-hour uncertainty fest. One of those days where I feel myself starting to slip.

Up until not too long ago, this kind of thing was a stamped ticket to the land of self-recrimination.  It used to be one of my favorite destinations. An amusement park of sorts.

Last night I think I finally tore up the ticket.

Recently, I wanted someone to do something. I didn’t want to ask for it, I just wanted them to decide to do it.

I began to form an expectation around it. I NEEDED it to happen.

It was a simple act, no big deal really, but on the deepest level, something inside me was clinging to it as a matter of life or death. I saw it as a kind of validation. I was becoming dependent on it.

I tried to put it out of my mind, but it kept popping up.

I cycled through hope: Will they do it today? Frustration: Why haven’t they done it? Disappointment: I was sure they would do it after I did that. And finally a feeling of rejection: They are never going to do it at all.

I developed all kinds of theories about what this all meant. And those meanings kept me trapped in a self-defeating feedback loop.

Turns out it wasn’t so much the specific action I wanted, it was the emotional significance I had attached to it that I desired so desperately.

I was allowing an outside event to be the determining factor for how I felt about myself.

I’m convinced that how you feel is all about how you choose to look at things. That’s nothing new, you hear it all the time from well-meaning friends who are trying to give advice. The trick is truly accepting with your entire being that it is indeed a decision.  A decision only you can make.

And then there is “what we think should happen.”

The two are seldom identical.

How we react to what goes on around us is determined by the internal calculation of “How do I see this?” and “How do I feel about this?” Sometimes the feeling comes first and shapes the interpretation, other time it’s vice versa.

The interesting point to me is that both of these states of mind have little to do with the original event. They FEEL like they do. But events are external, and the interpretation is internal. That’s the part we control, even if it doesn’t seem that way.

Our own interpretation of events is all we’ve got.

You see it one way, the world sees it a different way. If the two don’t match then trouble starts and people begin to feel hurt, misunderstood, slighted, rejected or abused.

Interpretation is a monumental source of personal suffering.

Which is fabulous, because that’s the part you’re in charge of.

I’ve gotten pretty good at changing the way I see things, and this has resulted in remarkable and life-altering effects.  It’s an ability we all have.  But sometimes I forget. And some perceptions are more pernicious than others. They’re resistant. Especially when the feelings involved are cloaked beneath other feelings that seem reasonable.

Yesterday this thing that had been bothering me became an obsession.

I found myself pouring huge amounts of time and feeling into thinking about it.  I was spending my mental energy somewhere other than here and now…I could feel it draining off through a crack in the foundation, flowing out into the ground, wasted.

Nevermind that I had never once voiced my desire for this thing to happen. In fact, I had given all evidence to the contrary, implying that I didn’t care one way or the other.

By setting it up that way, I would know if the other person’s desire to do this thing was genuine – not merely a reaction to my request. Smart.

My subconscious is very sneaky, it comes up with all kinds of strategies to keep me off-balance and in the game. In this instance, it had formulated a test.

Meanwhile, the other person had no idea that this was finals week.

People set up these little tests all the time. And then, when the unwitting participant flunks, we likely respond with disappointment, anger, resentment or a mix of all three. Or worse, by turning inward with feelings of rejection, neglect, sadness and self-criticism.

Ultimately forming a filmy layer of pervasive grayness that begins to cover both the person and the entire relationship, be it with coworkers, friends, family, or the world at large.

I decided last night that I needed to get myself out of this non-productive emotional holding pattern.

As the clock struck 3am, after a day spent swirling around the bowl of confusion, I finally faced up to the truth that the action I was seeking was far less significant than the importance I had attached to it.  The two things really had nothing to do with each other except in my mind.  The idea that this person’s action was somehow responsible for my wellbeing was something I myself had created.

So I decided to uncreate it.  Not just let the idea go, only to have it come back to haunt me later a low moment. No, I decided with every molecule of my being to blow it to smithereens.

At the precise nanosecond I made this decision, literally as the thought was being formed in my mind, the emotional attachment vanished and the expectation disappeared. It just didn’t feel that important anymore.

I found myself feeling completely different. A new sense of calm mixed with euphoria. It no longer mattered whether it happened or didn’t happen. No one had to do anything.  I didn’t have to do anything.

It reminded me that I was going to be okay no matter what.

And that is a very, very good place